Brady and his wife, the supermodel Gisele Bündchen, are offloading a luxe, 12th-floor Manhattan apartment for just under $40 million, according to the New York Post.

That would be quite a return on investment. The two purchased the residence in the Tribeca neighborhood in 2018 for $25.46 million. The listing is currently off market.

In the past few years, the couple have been involved in a few trophy-worthy transactions. Let’s review some of their biggest real estate plays.

A bite of the Big Apple

The A-list couple were reportedly attracted to the new Robert A.M. Stern–designed Tribeca building, because of its private drive-in entry. They initially picked up an apartment on the 11th floor, which, according to the Post, they intend to keep.

They then expanded onto the 12th floor and bought a five-bedroom spread, which includes 1,900 square feet of outdoor space with Hudson River views. It’s this unit that’s expected to sell for $40 million.

Inside, the 4,647-square-foot layout includes a 31-foot corner living room with a fireplace and river views, adjoining a formal dining room. An eat-in kitchen with marble counters, Miele appliances, and wine storage opens to a family room.

A huge master bedroom has two walk-in closets and an en suite bathroom. The additional bedrooms all come with bathrooms. A library could be converted into another bedroom or double as a guest room.

Double doors from the family room lead out to the enormous private terrace, with a built-in grill and sink. Other perks include a private elevator landing, entry foyer, powder room for guests, and a separate service entrance, as well as a laundry room.

Celebrities have been drawn to the building for its “paparazzi-proof” private entry via porte cochère. Other amenities for residents include an 82-foot swimming pool, fitness club, yoga and Pilates studios, and a full-size squash court. 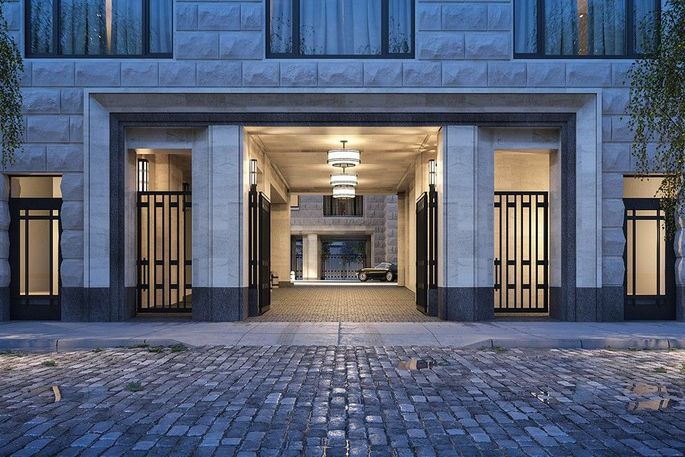 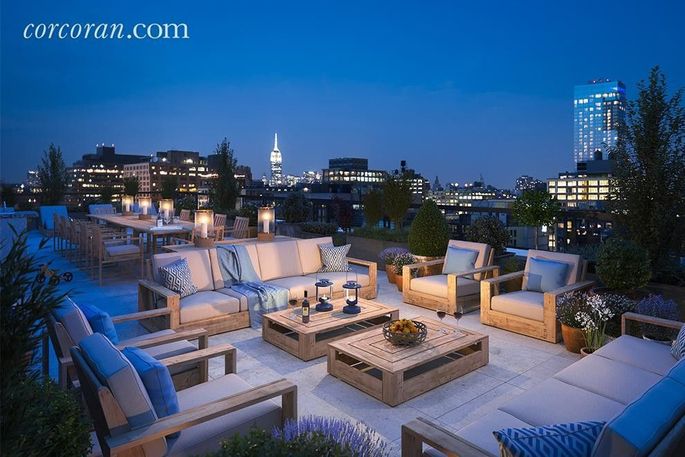 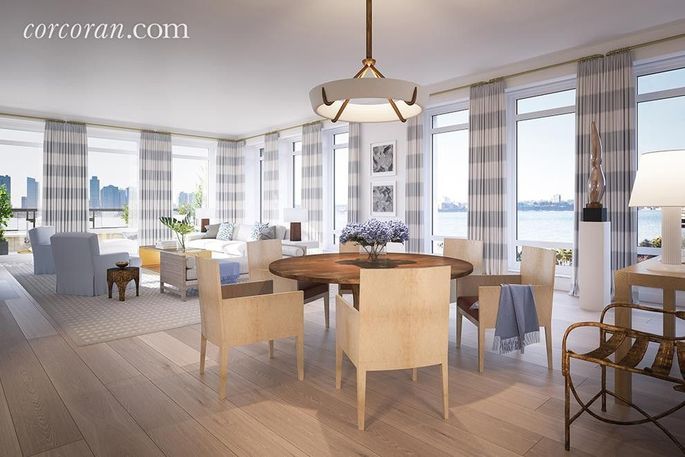 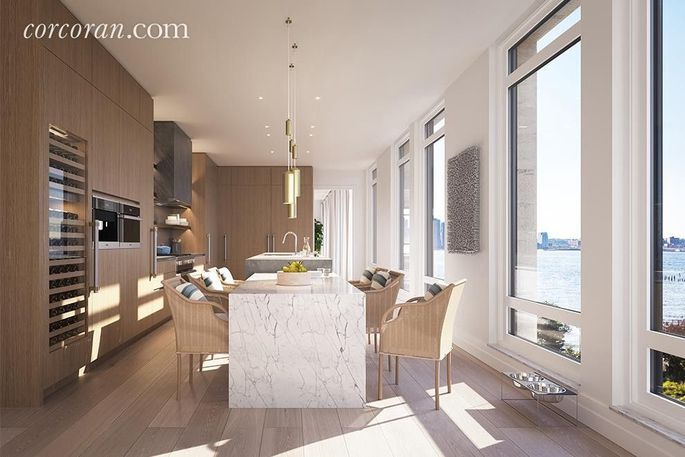 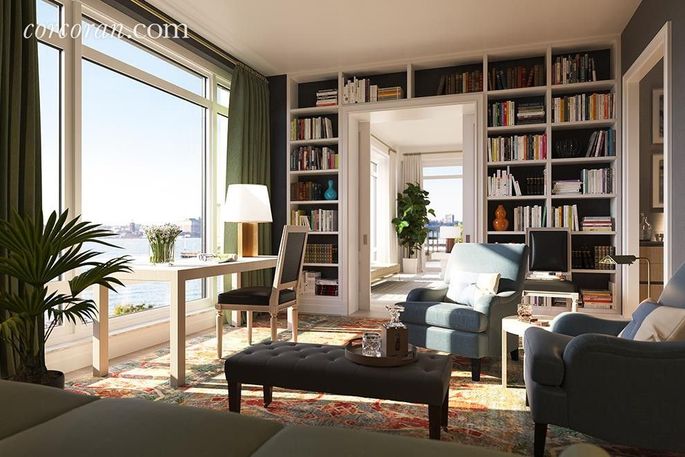 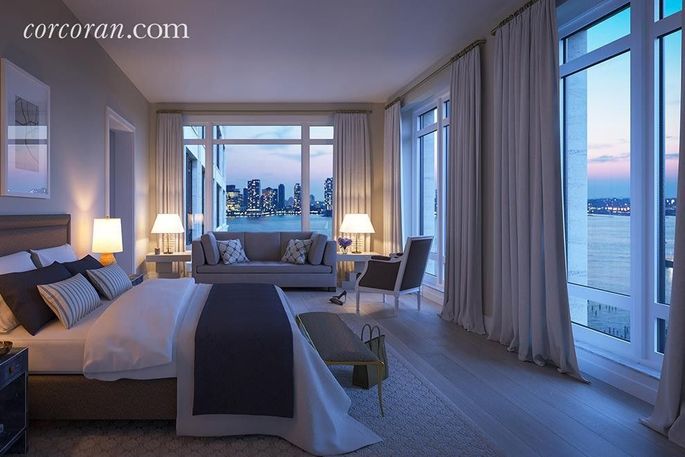 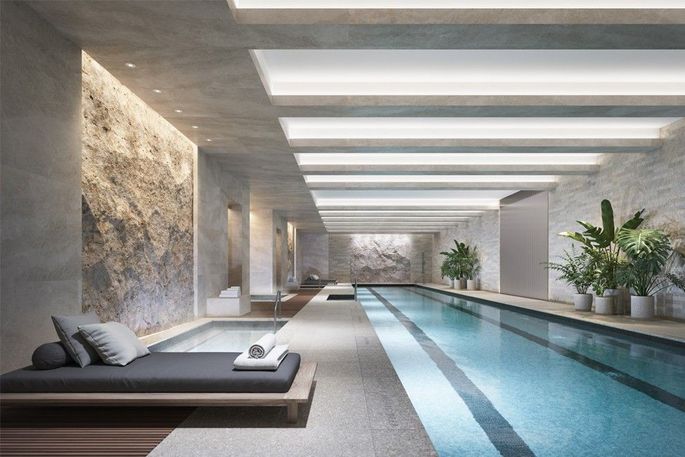 After almost two decades with the New England Patriots, the quarterback departed for a two-year, $50 million deal with the Tampa Bay Buccaneers. Soon after, he began shopping for a home. The family apparently picked up a $7.5 million waterfront mansion in Clearwater, FL—which still shows as pending sale.

The ultraluxe mansion located in a private community had been on the market for a million dollars more, but the price was reduced. The new price apparently appealed to Brady’s budget.

Watch: Tom Brady and Gisele Bundchen Are Settling Down in FL

The property comes with a boatload of amenities that are perfect for the star player, such as a home gym, formal living room, dining room, theater, and wet bar, as well as a billiard room with a fireplace.

On their initial arrival in Florida, the family got a taste for Tampa life when they rented baseball Hall of Famer Derek Jeter’s massive mansion on Tampa’s Davis Islands.

But Jeter’s place was just a temporary stopover. With his A-list tenants out of the house, the New York Yankees great is now selling the custom-built spread for $29 million. 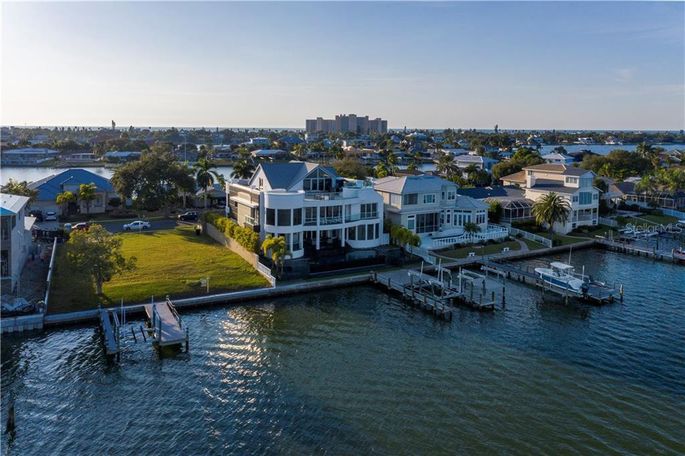 The Bradys also still own their Brookline, MA, mansion, which they built while the QB starred for the New England Patriots.

In summer 2019, Brady’s compound landed on the market, causing immediate consternation in Patriot Nation. The worries turned out to be well-founded, and Brady played his final season with the Pats in 2019.

The 5-acre, 12,000-square-foot estate debuted with a $39.5 million price tag, which was swiftly reduced to $33.9 million. But the bespoke abode came off the market in May, at a time when the pandemic had luxury buyers fretting.

Brady’s spread includes a five-bedroom main home, along with a “barn-inspired” guesthouse with a yoga studio, full bathroom, and sleeping loft.

The home remains off the market and was recently the site of an early morning break-in, which thankfully resulted in no damage or injury. 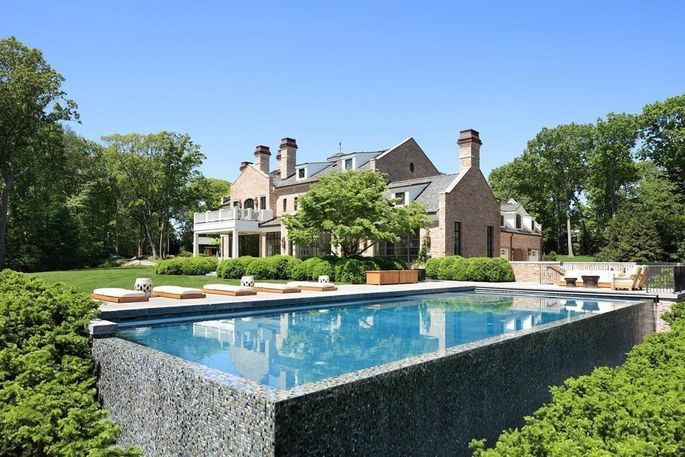 The couple made a splash with a titanic Los Angeles transaction in 2014. After spending four years and millions to build a massive compound in the tony Brentwood neighborhood, the couple reportedly sold the place for $40 million in 2014 to the record producer and founder of Beats Electronics, Dr. Dre.

At the time, the two were spending more time in their brand-new Brookline build, also designed by Richard Landry, of Landry Design Group, who spearheaded the design of both projects.

The L.A. pad includes seven fireplaces, five bedrooms, nine bathrooms, a sauna, a gym, and a library. The 3.6-acre grounds include waterfalls, an infinity pool, and ponds. The couple reportedly paid $11.75 million for the property in 2008.

Aldea Real at Ciudad de Calamba House and Lot or Lot Only, Futura by Filinvest