This Is Why Nobody Wants President Trump’s Childhood Home—Will Crowdfunding Help? 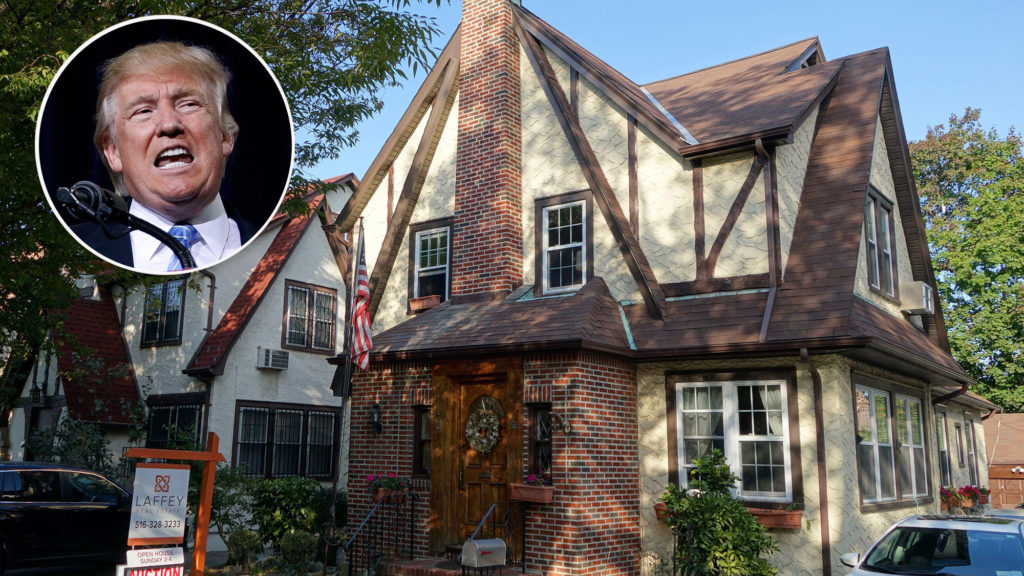 For years, President Donald Trump‘s wildly overpriced childhood home in Queens, NY, has languished on the market. Undeterred, the owners of the modest Tudor are now trying to crowdfund their way to a huge, $3 million payday by appealing to the president’s most devoted fans.

The sellers launched a GoFundMe campaign urging Make America Great Again die-hards to give whatever they can. If they successfully raise the full $3 million, the owners will give the five-bedroom, 4.5-bath house to the president as a gift.

“Love Trump? Thank President Trump by contributing to this campaign to buy his childhood home in his honor,” proclaims the campaign.

After 2.5 weeks and a ton of press, the campaign had raised only around $3,100 by Thursday afternoon.

That’s not exactly surprising given the president’s unpopularity in New York City and the home’s inflated price. The median home price in the Jamaica Heights neighborhood is $1,124,500, according to realtor.com® data. Only four homes for sale in the community are listed around $3 million. Two are new construction, and one is much larger than the roughly 2,500-square-foot childhood home of the president. (The square footage of the fourth is not listed.)

Watch: This Is Where Donald Trump Grew Up–and You Can Stay There, Too

The home is owned by the Trump Birth House, a limited liability corporation. Who is behind that LLC is a mystery, although the lawyer who worked on the sale typically represents Chinese clients.

The brick-and-stucco abode went up for auction in the fall of last year, but couldn’t meet its undisclosed minimum bid.

The Tudor had previously been rented out on Airbnb for more than $800 a night. It came furnished with a life-size cardboard cutout of Trump. In 2017, the home was available to rent for $4,000 a month.

The home’s asking price has steadily risen since Trump was elected. It was sold for $782,500 in 2008. Less than a decade later, it was sold again for roughly $1.4 million at auction just before Trump took office in 2017. Thirty days later it was auctioned off again for $2.15 million. That was more than twice the value of comparable homes in the Jamaica Estates neighborhood, according to the New York Times.

“It’s not that nobody wants it. It’s that the seller wants a price that’s not normal,” says Misha Haghani, owner of Paramount Realty USA. He’s represented the home three times in auction, twice successfully. “This is a house in a residential neighborhood full of other houses. As a typical home, it’s probably worth around $1 million.”

But that’s not taking into account the home’s history. It was built by Fred Trump, the president’s real estate developer father, in 1940. The president lived there until he was around 4, when the family moved into a 23-room McMansion around the corner that his father put up.

“The seller wants the price that includes this intangible value of being Trump’s childhood home,” says Haghani.

He was also quick to point out that the home would be a gift for the president.

“We’re not selling a house,” says Haghani, who is not one of the owners but is involved in the crowdsourcing campaign. “We’re giving people the opportunity to make a contribution in  [Trump’s] honor.”

Comprehensive Guide To Bank Housing Loans In The Philippines

Mortgage Originations Are on Pace for Best Year Ever

Asenso Village House and Lot or Lot Only at Ciudad de Calamba, Laguna, Aspire by Filinvest

House and Lot or Lot Only For Sale at Montebello Ciudad de Calamba, Laguna, Aspire by Filinvest